Hydrodynamics of the Inner Canals of Venice

The canals of Venice are in need of constant maintenance because of sediment accumulation on canal floors. This accumulation of sediment results in problems for the city. Canals become too shallow to allow boat passage, sewer pipes clog which cause them to burst and accelerate wall damage to buildings, and health risks increase because of the presence of raw sewage. A complete characterization of the water flow through the canals is necessary for the creation of an effective schedule that will prevent severe damage caused by sediment. For this reason, a sedimentation model is being developed by the Institute for the Study of the Dynamics of Great Masses that is co-sponsored by Insula S.p.A. and UNESCO-ROSTE, the sponsors of this project. Our goal was to measure the maximum flow velocity that will be used to verify the sedimentation model, and be combined with other canal data for the purpose of developing an improved canal maintenance schedule. Maximum velocity data were obtained and used to calculate the Flushing Index, a number that measures the relative flushing ability of water flow through a canal. This number was then compared to sediment accumulation data. We observed that those canal segments with higher Flushing Indices had lower levels of sediment accumulation than those canals with lower Flushing Indices. This information will be useful in determining which canal segments will require more frequent sediment removal, allowing an effective long-term maintenance schedule to be developed that will minimize the problems caused by sediment accumulation. 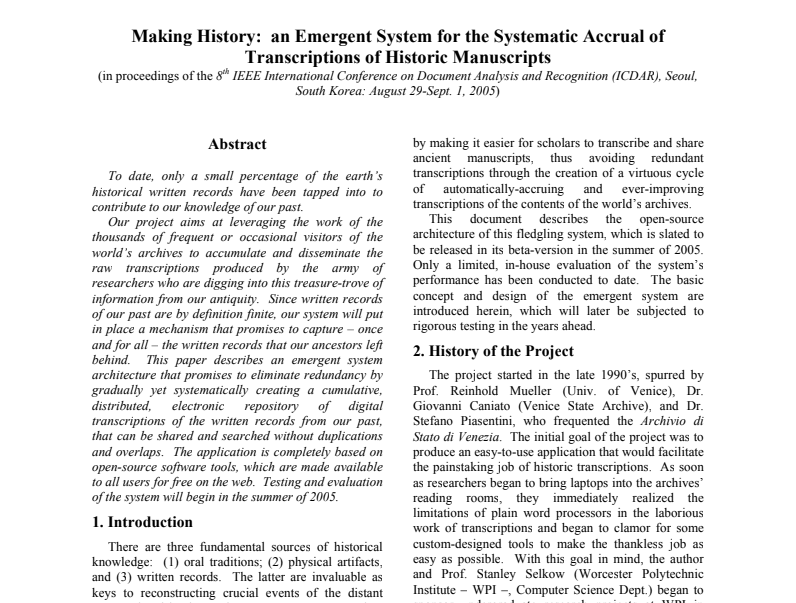 Making History: an Emergent System for the Systematic Accrual of Transcriptions of Historic Manuscripts 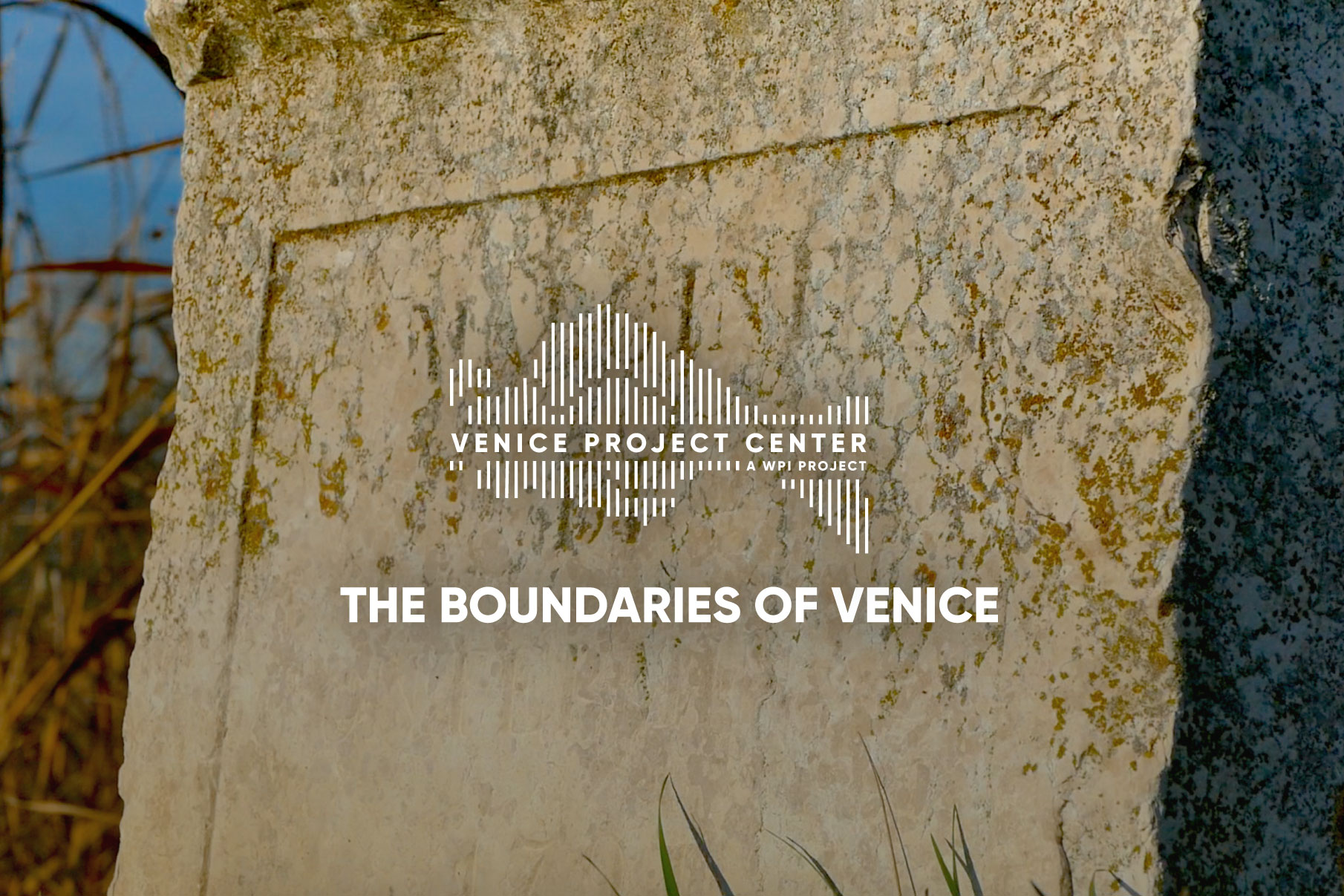 The Boundaries of Venice