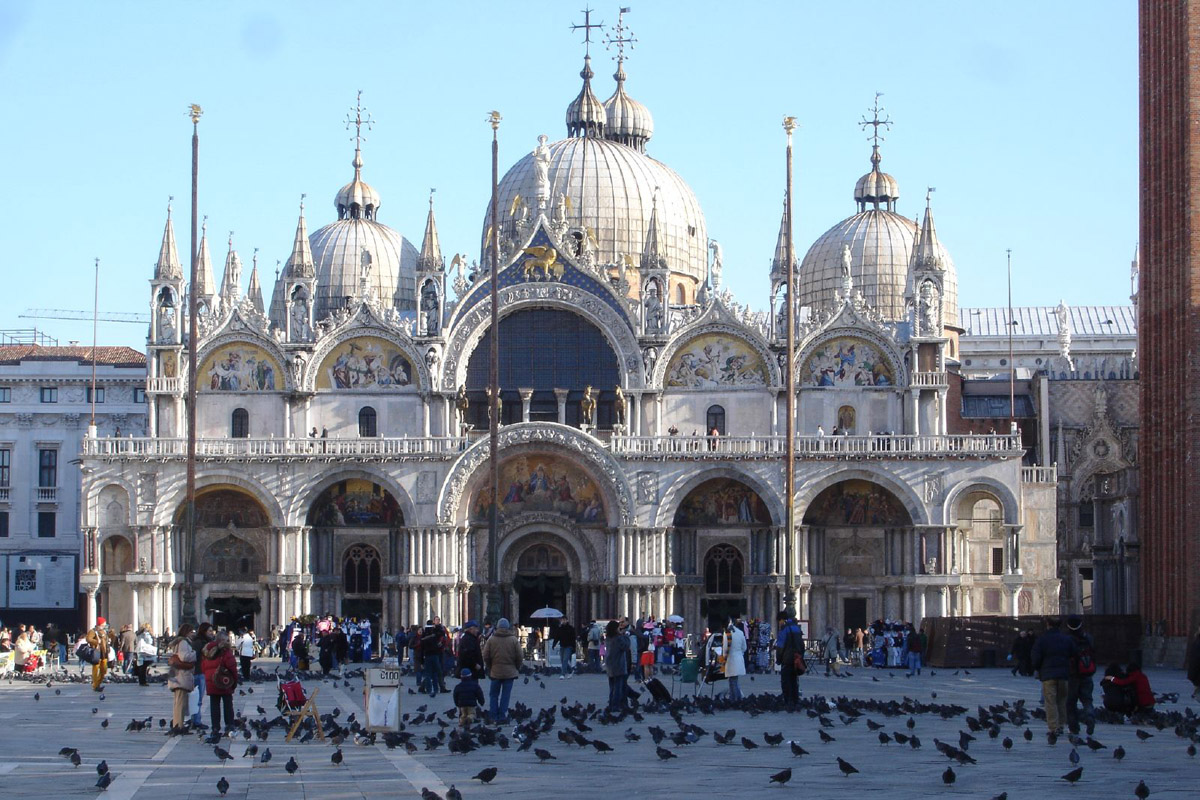 The churches of Venice vary in many ways, but one subtle form is the layout of the floor. There are two variants of floor design, namely the latin cross and the greek cross. The latin cross is characterized by forming a traditional cross where the transept intersects the nave and chancel. The transepts are much smaller compared to the nave and located closer to the chancel. The greek cross has equal area for all floor sections and the transept intersects closer to the center of the nave and chancel. A more visible difference in Venetian churches is shown in the many different architectural styles including Gothic, Byzantine, Baroque, and Renaissance. Due to Venice’s close proximity to more middle eastern areas it is no surprise that influences of architectural style were allowed to mix. Churches can express characteristics of one or more styles separating Venetian churches from the mostly western designs of Europe. Many churches in Venice also function as more than a traditional church. There are often convents or bell towers attached, or in close proximity to, the churches.

Turning Traffic Around: An Analysis of Boat Traffic in Venice and Its Environmental Impacts