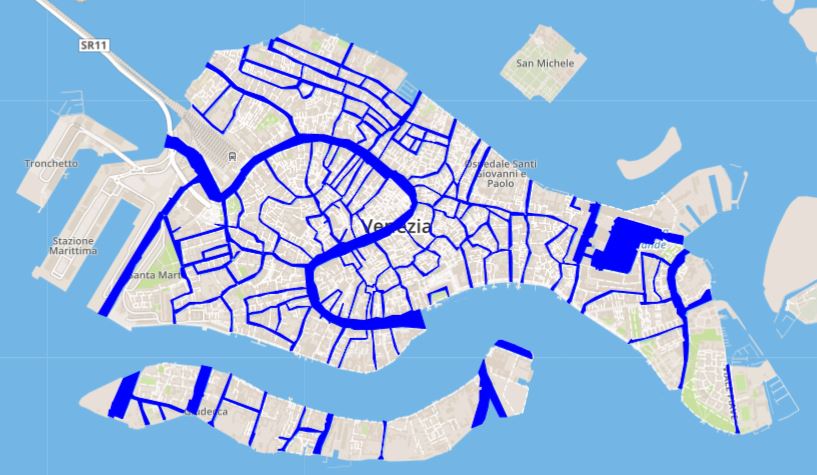 The Venice Project Center (VPC) started their research on canals back in 1991 and was the first organization to produce organized, sophisticated data on canals. The projects determined the scientific definition of a canal, assigned identification numbers various canal segments which allowed them to be studied to in depth by the VPC in later years. The system worked so well that the City of Venice adopted this numbering system along with some of the data collection methodologies that VPC projects had used to collect its data. Using this data and additional data collected on sewer holes and their damage on canal walls, later projects were able to draw technical conclusions about which canals were in need of more urgent attention by the city. The VPC has always used the most advanced technologies for data management beginning with MapInfo in the early 1990s.