The volume, which is the first systematic study on the rii of Venice, consists of two sections: in the first the rii, waterways and arterial system of the city of Venice, are described and analyzed from the historical and scientific point of view , considering its chemical, hydrodynamic, and logistic-urban characteristics in a series of essays signed by the most important experts of the sector (W. Dorigo, G. Caniato and S. Piasentini for the historical part; V. Giannotti, F. Carrera, F Fiorin, G. Coffaro, L. Bottazzo, P. Gardin and I. Turlon for the scientific part). The second part consists of 175 cards, in which the items are described analytically in their specific characteristics (location, width, depth, transitability, etc.) and illustrated in their past and present appearance through photographs and reproductions. Each stream is also located by a map. Both sections are accompanied by a rich iconographic apparatus, made up of both historical representations and current images, created specifically for the volume. The work is completed by a useful index for sestieri, which identifies the rei on a general map of the city, and the index of names and places. 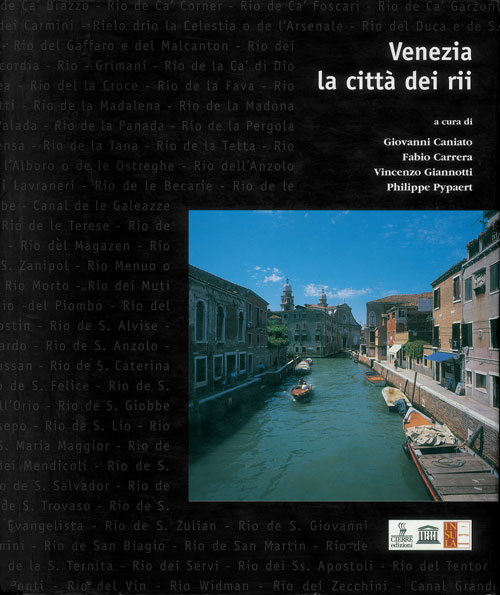