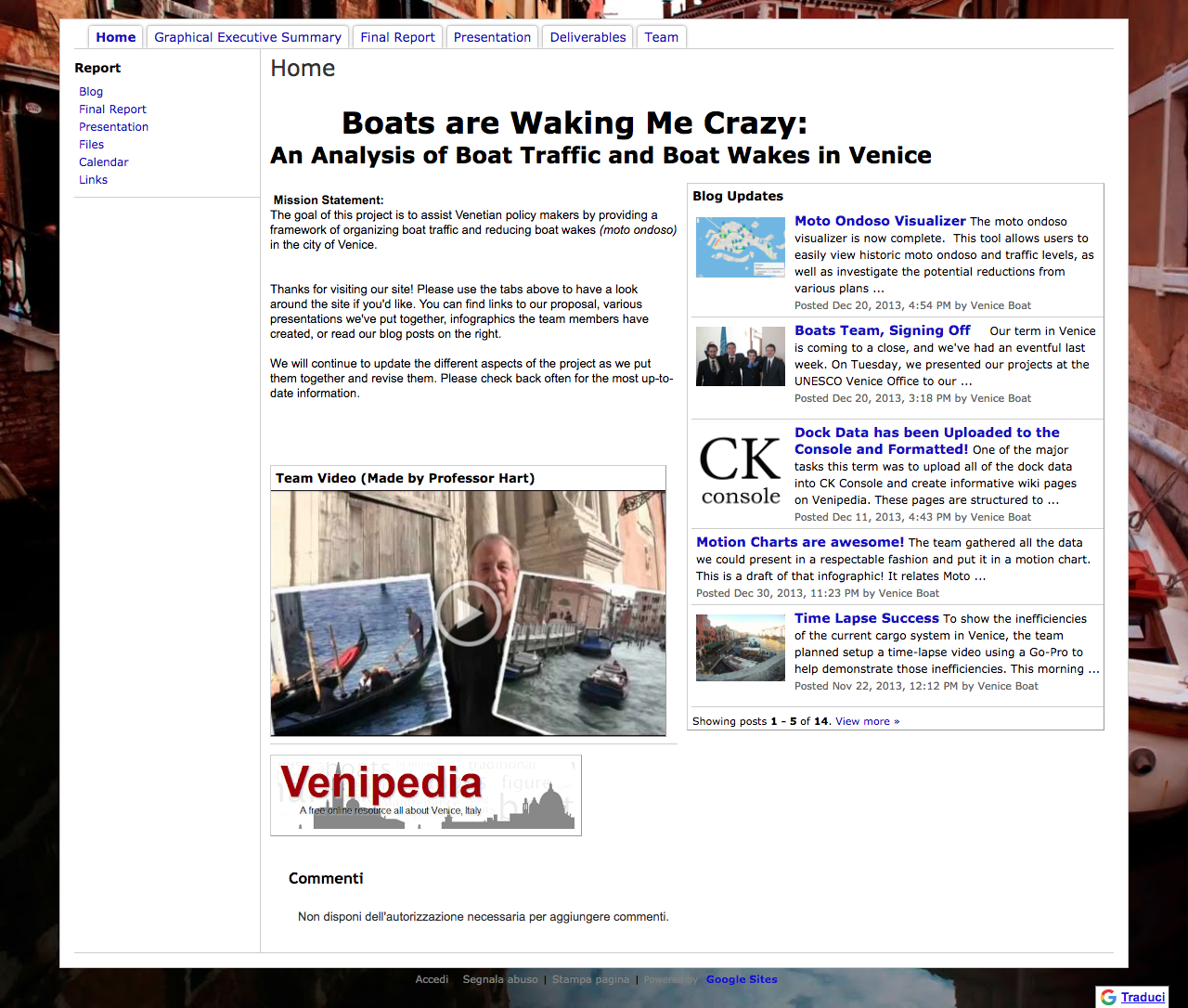 Boats are Waking Me Crazy: An Analysis of Boat Traffic and Moto Ondoso in Venice

Over the past ten years, the number of boat trips being made in the Venetian canals has grown substantially, and is expected to continue to rise in the future. This increase in boat trips represents a major problem for the endurance of Venice, particularly its canal walls due to the phenomenon called moto ondoso. Moto ondoso is the damage to canal walls caused by boat wakes. There are varying opinions as to how much of canal wall damage is caused by moto ondoso, however most can agree that at least 50% of wall damage can be directly attributed to boat wakes. This project sought to get a better understanding of the past and current levels of moto ondoso in the canals, by applying the Moto Ondoso Index to COSES boat counts from the past decade. The project then aimed to identify multiple ways in which the City of Venice could reduce moto ondoso. The team identified these reduction methods through research, and through observations of our own fieldwork. The project concluded that there are four major ways the City of Venice can reduce moto ondoso, and therefore canal wall damage. These methods include changes to the physical shape of the boats, enforcement of the speed limits in the canals, implementation of a Taxi Re-engineering project, and implementation of a Cargo Re-engineering project. In total, if all of these recommendations were implemented, the team calculated that moto ondoso in the canals would be reduced by 57%.

Management and Maintenance of the Venetian Verde Pubblico